Sam is originally from Melbourne but has been at the University of Tasmania for 8 years. He loves Tasmania for its proximity to magnificent forests, spectacular beaches and phenomenal mountains. Sam studies the phytohormone auxin and how it is made in plants and uses molecular, physiological, biochemical and genetic tools to provide a multi-faceted approach to explore auxin biosynthesis in pea and across the green lineage involved in regulating plant growth. Sam would ultimately like to work with GMOs or Forestry in the future, perhaps at the same time. 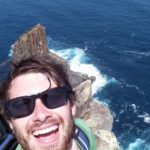 Bettongs on the brink: a Tasmanian ghost story

Kirstin’s PhD aims to help with the conservation of eastern bettongs, these unique marsupials are extinct everywhere except Tasmania. She is studying the genetics of bettongs in the Tasmanian Midlands, an area where lots of bushland has been cleared for agriculture and trying to understand what effects land clearing is having on the movement of animals across the landscape, hence on the genetic relationships between populations. Kirstin’s work is part of a larger effort to direct habitat restoration and replanting in the Tasmanian Midlands by researching how different animals use the landscape and what types of habitat are important for them. 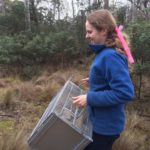 Effective methods to reduce sedative use in aged care facilities have been developed however review of the resident-related and economic outcomes are lacking in previous studies. Daniel’s research fills this gap by investigating the effect that sedative reduction has on residents involved in the national expansion of a project aimed to improve the review and use of sedatives in aged care, called the Reducing the Use of Sedatives Project. 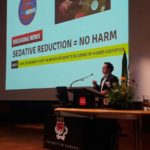 Grasping the slippery slope: The construction of understanding in mathematics classrooms.

Bruce is looking at the relationship between teaching approach and learning outcomes in mathematics. Research claims that students need to be engaged cognitively in their learning in order to develop useful understanding of mathematical concepts. His project is testing this claim in a secondary maths classroom by implementing a problem-based approach to teaching. When learners have to think about how a problem can be solved, they are expected to develop more flexible understandings and remember the concepts better than with a more teacher centred teaching approach.

Australia has the world’s highest rate of mammal extinctions, and breeding in captivity has become commonplace for many of our endangered and threatened species. However, unfortunately some breeding programs are experiencing sex ratio biases in their offspring. Amy’s work looks at both the mother’s and the father’s side of the story to investigate why these biases may be occurring and whether we can safely correct them to ensure the success of our breeding programs. 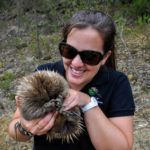 Biodiversity conservation law and climate change: can we do better?’

There are a range of adaptation strategies that have been identified by ecologists and evolutionary biologists as critical for biodiversity conservation under climate change. Phillipa’s work considers the extent to which these strategies are already represented in Australian conservation law and policy. It then investigates the ways in which we might improve strategy implementation through law reform, to ensure that plants, animals, ecosystems and landscapes have the greatest opportunity to adapt and persist as the climate changes. 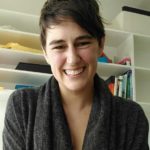 Sex Differences in Long-term Mortality and Disability of Stroke in the INternational STroke oUtComes sTudy (INSTRUCT).

Women appear to have worse outcomes of stroke including mortality, disability and poorer quality of life but it remains unclear why it is the case. Hoang’s aim is to examine the cause of the differences between men and women using data from high quality and generalizable studies around the world including 16,000 strokes. 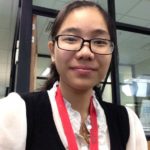 Unlike the atmosphere, the ocean has experienced variations in the concentration of oxygen that are present in the surface during past instances of climate change. Strong variations were felt in the lower latitudes, specifically in the oxygen depleted zones of the eastern tropical Pacific and the Northern Indian Ocean. Today, these same deoxygenated zones are important because they produce nitrous oxide, one of three major greenhouse gases in the atmosphere directly influencing the climate. Variations in the oxygen content of the ocean affect the degree to which these zones produce or consume nitrous oxide and variations in oxygen play an important role in determining the trajectory of climate change. Pearse’s research seeks to improve our mechanistic understanding of the cyclic interplay between climate, oxygen, nitrous oxide and climate. 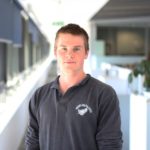 Phytoplankton plays a really important role in removing carbon dioxide from the atmosphere. However, the growth of phytoplankton in large areas of the Southern Ocean is limited by the availability of a key micronutrient- iron. Lavy’s PhD investigates the role of the biology, in particular Antarctic krill and baleen whales as a source of recycled iron in the Southern Ocean, and the impacts of historical whaling practices on the global carbon cycle. 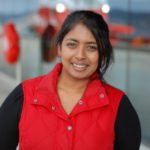 Teacher education graduates: What are they doing now? 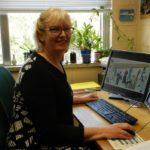 In order to develop effective therapies to treat neurological disorders such as autism and schizophrenia, we need to understand how our brain is wired during normal development. Neurons send out long processes, called axons, to connect with their correct target in a process known as axon guidance. The axon is guided to that target by a structure at the axon tip called a growth cone, which responds to guidance cues in the environment. How the growth cone navigates is not well understood.  We do know that calcium is critical.  Changes in calcium levels within growth cones dictate their motility. Macarena’s work aims to understand how calcium is controlled to regulate growth cone motility.  She hypothesises that the calcium-sensing protein STIM1 is vital for controlling when and where calcium rises within the growth cone. It is likely that this regulation of calcium by STIM1 is crucial during axon guidance and ultimately brain connectivity. 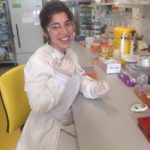 Proposals to geoengineer the Earth’s atmosphere to offset the effects of climate change pose a new challenge for international law. They risk having widespread detrimental impacts on the global environment, but most proposals are not specifically governed by an international agreement. States have a general obligation under the customary international law ‘no-harm’ rule to prevent their activities from causing significant harm to other states and the global commons, including the high seas and the atmosphere. Kerryn’s project considers the potential of the no-harm rule to respond to the risks of proposed geoengineering technologies and recommends how it can be developed to bolster the capacity of international law to govern geoengineering. 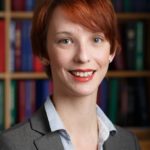 The laws of territorial sovereignty and Australia’s claim to the Australian Antarctic Territory. 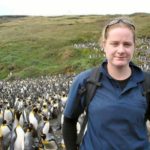 Emily Rudling– Asian Studies, School of Humanities
Knowing Tasmania and learning Asia
The Asian economic boom is an opportunity for Tasmania to turnaround persistent socio-economic problems. In 2013 the Giddings State Government releases the Tasmania’s Place in the Asian Century white paper as a roadmap for engaging Asia. A key aspect is committing to Asia related language and cultural education through the policy of Asia literacy. What does this mean for Tasmania? Is Tasmania capable of becoming Asia literate and will this help the state? 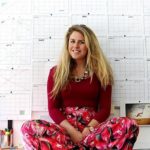