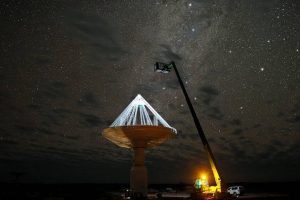 The Australian Square Kilometre Array Pathfinder (ASKAP) is the newest and most ambitious telescope built in Australia in this decade.  It is the first radio telescope to use a new technology: the phased-array feed, invented and developed at the CSIRO – ATNF.  The ASKAP telescope will investigate several of the big unanswered questions in astronomy.

Professor Dickey will review the goals of the project, both technical and scientific, with particular concentration on his own survey of interstellar hydrogen in the Milky Way and the Magellanic Clouds and Stream: the Galactic ASKAP Survey (GASKAP). 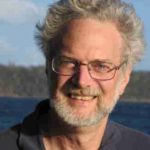 Professor John Dickey  worked at the NAIC (Arecibo Observatory) and the US National Radio Astronomy Observatory before taking up an assistant professor position at the University of Minnesota in 1982.  He was a full Professor at Minnesota from 1989-2004, where he remains an emeritus professor.  He came to the University of Tasmania  in 2004, where he has been Head of Discipline in Physics, Head of the School of Maths and Physics, and since 2014 the Head of the School of Physical Sciences.