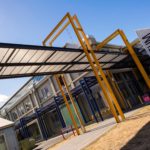 The Queen Victoria Museum and Art Gallery (QVMAG) celebrated its 125th anniversary on 29 April 2016 with an exhibition in the original museum building, now the art gallery, on Wellington Street. Titled The World Inside, the exhibition featured an eclectic assortment of objects arranged very much in the style of a 19th Century museum, with special reference to the longstanding first Director, Herbert Scott. While it opened in 1891 with significant promise, its origins go back to the formation of the Launceston Mechanics Institute in 1842 and the Royal Society (northern branch) in 1853.  It was the urgings of these two societies that gave rise to the Queen Vic and who have contributed to it significantly since. Today it is Australia’s largest regional museum and art gallery. 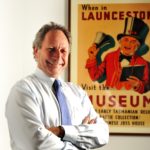 Richard Mulvaney has been the Director of QVMAG for six years. He completed a Bachelor of Arts (Prehistory/History) at ANU in 1980, a Bachelor of Letters (Prehistory) ANU in 1983 and a Graduate Diploma Museum Studies (Monash) in 1984. He has held several positions in museums across Australia, including the Australian War Memorial, the Australian Institute of Aboriginal Studies, Sovereign Hill, the Bradman Museum, the NSW Rail Heritage Centre and Museums and Galleries NSW. He is currently on the Tasmanian Arts Advisory Board, the Port Arthur Historic Site Conservation committee and is Vice-President of Museums Australia the peak industry body based in Canberra.

Venue: Meeting Room, QVMAG at Inveresk
Admission: $6 General Public, $4 Friends of the Museum and Students
Free for members of The Royal Society of Tasmania
As these events are popular, RSVP is essential by Thursday 24th November 2016:
Email bookings@qvmag.tas.gov.au  or  telephone  6323 3798