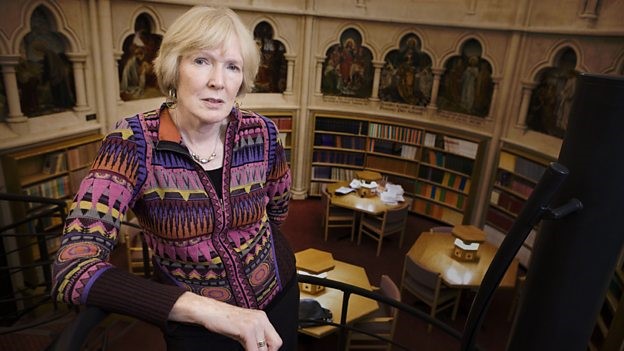 War is deeply woven into human history. Organised society and conflict appear to have marched side by side, each affecting the other. Wars have changed societies in many ways but changes in society have also affected the nature of war. We remember war, rightly, for its destructive impact but it has also led to advances in science, to improvements in the position of previously marginalized groups such as women, or to greater equality. This lecture will examine some of the paradoxes of war drawing on examples from history. Since it is a century since the end of the Great War particular attention will be paid to its causes and consequences.

Professor Margaret MacMillan is a Canadian historian at the University of Toronto and professor of International History at Oxford University, as well as a leading expert on history and international relations.

Professor MacMillan was educated at the University of Toronto and Oxford University. Her doctoral dissertation was on the social and political perspectives of the British in India. She is former provost of Trinity College at the University of Toronto and was a member of the History Department of Ryerson University in Toronto for 25 years. She is the recipient of numerous literary awards for her book Peacemakers: The Paris Peace Conference on 1919 and its Attempt to End War.

MacMillan’s research has focused on the British Empire in the later 19thand early 20thcenturies and on international relations in the 20thcentury. She has served on the board of the Canadian Institute for International Affairs, the Atlantic Council of Canada, the Ontario Heritage Foundation, and the Churchill Society for the advancement of Parliamentary Democracy (Canada). She is a Fellow of the Royal Society of Literature, an Honorary Fellow of St. Antony’s College, Oxford, and a Senior Fellow of Massey College, University of Toronto.  She is a Companion of the Order of Canada and a Companion of Honour (Commonwealth Realms).

Professor MacMillan’s publications include: Women of the Raj:The Mothers, Wives, and Daughters of the British Empire in India; The Uses and Abuses of History(based on the 2008 Joanne Goodman lecture series); The War that ended Peace: how Europe abandoned Peace for the First Word War; and History’s People: Personalities and the Past (based on the 2015 Massey Lectures).

Professor MacMillan recently delivered the 2018 Reith lectures series, originally broadcast on BBC Radio4 and now being broadcast on ABC Radio National “Big Ideas” program. You can listen to podcasts of the series here:

2.  Making Sense of the Warrior

Presented in partnership with the High Commission of Canada, the University of Tasmania and the Tasmanian Museum and Art Gallery.