Firm, Famous, Fragile or Forgotten: The Buildings of Our Small Universe
The Royal Society of Tasmania invites members to attend a lecture presented by Dr Eric Ratcliff — in the Meeting Room, QVMAG at Inveresk 1.30 pm Sunday 24th July 2016 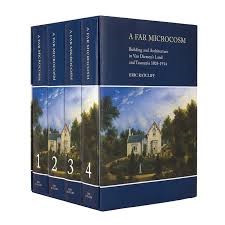 Centuries rarely start and end on time. Van Diemen’s Land was settled during that hangover of the eighteenth century called the Regency, and in some important ways the nineteenth century did not end until the Great War. A lifelong examination of buildings in Tasmania led to the recognition that all the important transitions in style and construction that took place in the English-speaking world between the reigns of George III and George V have been reflected in Tasmania, and that became the subject of ‘A Far Microcosm’. To give an adequate account of the subject, it is necessary to consider buildings that no longer exist. As an example, a subject of recent study has been Roxburgh House in Hobart, long infamous as ‘Rats’ Castle’ and decades after it disappeared, made into a powerful and universal symbol by the artist Blamire Young. 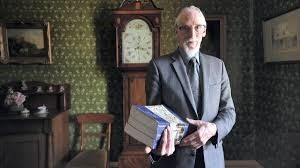 Dr Eric Ratcliff was born in Launceston in 1938, completed secondary education at Launceston High School and graduated M.B.,B.S. from University of Queensland in 1964. He qualified as a consultant psychiatrist in 1976 and became a Fellow of the Royal Australian and New Zealand College of Psychiatrists in 1981. He was a long-serving General Councillor of the College, chaired a number of bi-national committees, and was awarded the College Medal of Honour in 2006. He has served a number of terms as Chair of the Northern Branch of the Royal Society. In addition to continuing psychiatric and medico-legal practice in Launceston, he is a recognised architectural historian, and has published on aspects of nineteenth century architecture and design in Tasmania and in England and on hospital and medical history in Tasmania. He was honoured with the O.A.M. in 2004 for services to psychiatry and architectural conservation.