Presented in conjunction with the University of Tasmania

All lectures will be held in the Stanley Burbury Theatre, UTAS, Sandy Bay

Living in an uncertain world: data and decisions

The Geographic South Pole is a place of paradox. An invisible spot on a high, featureless ice plateau, it has little obvious material value, but is nonetheless a much sought-after location. In addressing the question “Where is the South Pole?” this presentation explores not only the physical ambiguities that surround this strange place, but also the cultural meanings that have been attached to it over the centuries. It looks at the ways in which, in the absence of empirical data, humanity has speculated about the Pole – sometimes very wildly – in mythology, mapping and literature.

Associate Professor Elizabeth Leane is an Australian Research Council Future Fellow and Associate Professor of English at the University of Tasmania. She holds a research position split between the Institute for Marine and Antarctic Studies and the School of Humanities. Her research currently focuses on literature and place, particularly textual engagements with the Antarctic region. She is the author of Reading Popular Physics (2007), Antarctica in Fiction (2012) and South Pole: Nature and Culture (2016).

There is broad agreement between spheres of science, management, politics and business that good evidence and analysis should be central to addressing complex environmental problems. There is less agreement on how this should be achieved. There are substantial barriers, mostly imposed by time and human capacity, to incorporating even the most appropriate and well-targeted science into policy development, planning and management decisions. There are also science ‘supply-side’ constraints in targeting the specific or very broad problems decision-makers face, including recognising differing interests and organizational goals. A major challenge in addressing the ‘science-policy gap’ – the level of confidence over a scientific finding between the scientific community and by society – is simultaneously managing stakeholder relevance, institutional legitimacy and the methodological rigor of knowledge production. This presentation explores the nature of problem structuring as a key to boundary work between science and decision-making. It then considers boundary work as processes, institutions and objects that first mediate how good science is defined and second how this science can inform policy processes and decision-making.

Professor Marcus Haward is a political scientist specialising in oceans and Antarctic governance and marine resources management at the Institute for Marine and Antarctic Studies (IMAS), University of Tasmania. He has held visiting or adjunct appointments at the Australian Maritime College, Australian Antarctic Division, the Australian National University and Dalhousie University, Canada. Marcus has over 150 research publications, and his books include Australia and the Antarctic Treaty System, (co-editor with Tom Griffiths) UNSW Press 2011, Global Commodity Governance: State Responses to Sustainable Forest and Fisheries Certification (with Fred Gale) Palgrave Macmillan, 2011; and Oceans Governance in the Twenty-first Century: Managing the Blue Planet (with Joanna Vince) Edward Elgar 2008.

The continents, ocean floor and the Earth’s mantle beneath provide the dynamic foundation for all life on Earth.  This foundation is surprisingly variable but it is difficult to study for the simple reason that it is buried – and deeply buried.  We have strong motivations for better understanding the 3D deep architecture of the Earth, and how the tectonic plates move in dramatic or subtle ways, because this underpins many global studies including ice-sheet and sea-level changes.  On a more local scale, 3D deep Earth images help us identify likely locations for buried resources such as minerals and geothermal power. We can only drill a few kilometres of the nearly 6,400 kilometres from the Earth’s surface to the centre of the Earth’s core so we need to use a combination of geophysics data collection and innovative computing to find out more.  Using uncertainty is a key part of the process.  In some cases mapping uncertainty has an upside which we can use to our advantage.  This talk explains how we collect data from remote places, and make best use of this sparse information to improve our knowledge of the least accessible, yet very relevant, parts of our planet. 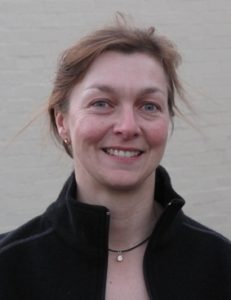 Anya Reading founded the ‘Compute Earth’ research group in the School of Physical Sciences, University of Tasmania.  Originally from the north of England, her PhD research at The University of Leeds focused on New Zealand seismology and began a journey of discovery of the southern hemisphere continents, their tectonic origins and evolution.  Through research positions at British Antarctic Survey and Australian National University, she has led numerous field deployments and expeditions to remote and challenging places in outback Australia and the Antarctic interior.

Anya’s fascination for computing comes from wanting to extract the most value from hard-won field data.  She lectures in geophysics, computational methods for science, and data visualisation:  inspiring the next cohort of curious Earth Scientists.  She is Director of Australia’s National Facilities for Earth Sounding, a multi-institute partnership, and in 2016 was awarded a Fulbright Senior Scholarship to research the deep 3D structure of the Antarctic continent.

We are used to thinking of DNA as an instruction set that carries the genetic information for making living things. However, we can also think of it as an historical “document” that keeps a surprisingly useful record of who’s related to who in the Tree of Life. By looking at patterns of similarity in the DNA of different species, scientists have been able to develop an accurate picture of the evolutionary tree that links present day species. (Amongst other things, we can give a definitive answer to the age-old question – What came first, the chicken or the egg?). We can also use DNA as a “clock’’ – the ticking of this molecular clock is random rather than regular but in combination with fossil evidence it allows us to put dates on when particular species diverged. For instance, does the molecular clock suggest that mammals and birds arose 65 million years ago in the dust of the asteroid that wiped out the dinosaurs, or does it suggest that they were around for a lot longer, potential contributors to the dinosaurs’ demise?

Reading the evolutionary story in DNA has required a long-standing collaboration between biologists and mathematicians. In this talk Barbara hopes to share a little piece of this story. 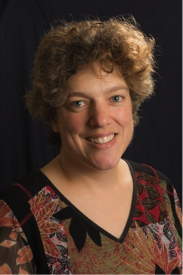 Barbara Holland is an associate professor in the Mathematics Discipline within the School of Physical Sciences at the University of Tasmania. She completed a PhD in Mathematical Biology at Massey University in New Zealand followed by postdoctoral studies at the Ruhr Universität Bochum (Germany) and in the Allan Wilson Centre for Molecular Ecology and Evolution (New Zealand). She moved to the University of Tasmania in 2010. From 2011 she held an Australian Research Council funded Future Fellowship. Since beginning her PhD she has enjoyed the challenge of working with biologists in trying to translate the problems they face into the language of mathematics. Biology is awash with data since the development of DNA sequencing technology and this has opened up a range of fascinating research questions that require a combination of skills from mathematics, biology and computer science.

How we produce and consume electricity is changing: more of us have rooftop solar, there is greater opportunity to purchase household battery storage, and detailed energy data is more widely available. A growing concern of utilities and governments is that large numbers of people will opt to leave the electricity grid (i.e. centralised electricity provision), as it becomes increasingly technically feasible and cost-effective to do so. In this short talk Associate Professor Lovell will explore the nature of the changes already underway in the Australian electricity sector, and consider what past experience tells us about ‘megashifts’. She will also explore how change in an uncertain world can be effectively governed. 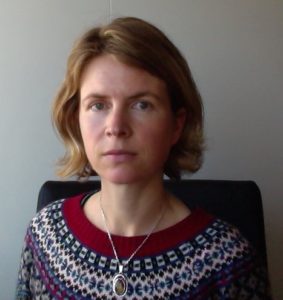 Associate Professor Heather Lovell is an Australian Research Council (ARC) Future Fellow in the School of Social Sciences at the University of Tasmania. Her ARC research is about the learning that is taking place from smart grid experiments. Over the last ten years, her research at Cambridge, Edinburgh and Oxford universities in the UK has focused on how and why technology and policy change occurs, investigating topics ranging from low energy housing to carbon markets.