Lighthouses hold a great deal of mysterious fascination for many people, but few seek the opportunity to volunteer to live and work at these often remote, wild and lonely locations. This mystique led John and his wife to apply for such opportunities, and to be accepted as suitable participants. John’s presentation concentrates mainly on their terms in winter and summer at Maatsuyker Island off southern Tasmania, their two experiences as caretakers at Deal Island in Bass Strait, and also, briefly, on two occasions at the Cape Bruny Light-station.

John Watts was born at St Marys, on the east coast of Tasmania, raised in Deloraine, in the central north, and then worked for 38 years (1964-2001) as a metallurgist at Comalco’s aluminium smelters at Bell Bay in northern Tasmania, which included a period (1971-1978) at Tiwai Point in New Zealand. His main roles were either technical in nature, or as a production superintendent, but also included secondments to service, support and systems projects at Bell Bay, Melbourne and Brisbane. Since gratefully accepting a voluntary redundancy in 2001, John and his wife Willemina, have spent considerable voluntary time working on a variety of projects with Tasmanian Parks and Wildlife Services, and similar organisations. They are currently very involved with the Low Head Pilot Station Maritime Museum, and have traveled widely in outback and remote Australia. 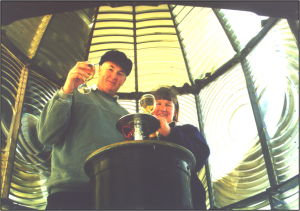 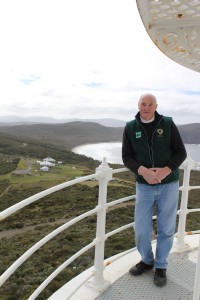