The global petroleum industry is divided into the ‘upstream’ and ‘downstream’ components. Tasmania has a small intermittent upstream exploration and ‘invisible’ production industry via two offshore pipelines from Bass Strait to Victoria. The downstream transportation, refining and marketing is supported by the shipment of refined products to Tasmanian ports.

While the export of petroleum products is modest, the ‘export’ of geological  and engineering knowledge to the global upstream industry has been significant. The history of Tasmanian’s contributions is best taken from the late Prof S. W. Carey in the 1930’s, via the Yolla discovery in 1985 to the present, with insights into the future both locally and globally. 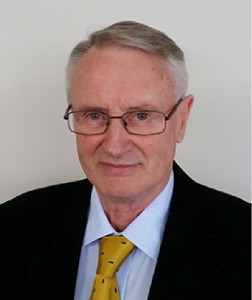 John graduated from the University of Tasmania in 1969 with a BSc (Hons) degree in Geology.

He worked for Exxon from 1970 to 1980 in Sydney, Exxon’s research centre in Houston , and Esso UK in London before returning to Sydney as exploration project leader of the Esso/BHP Exmouth Plateau deepwater drilling programme.

He has been a worldwide consultant since 1980 and farmed out two wells to Amoco in the Bass Basin which resulted in the Yolla oil and gas discovery in 1985.

In 2000 he patented a method for determining Earth stresses from interpreted seismic surveys. The method provides solutions to many technical challenges in the oil exploration and production industries such as planning horizontal well trajectories to avoid wellbore collapse.