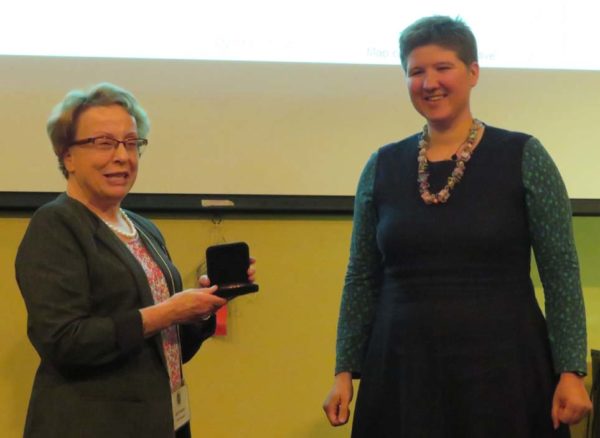 The 2019 Peter Smith medal lecture was delivered by

The Dish redux – from the Apollo Mission to Earth surveying.

Dr Lucia McCallum is the inaugural recipient of the Peter Smith Medal.

Established in 2017, this medal is awarded biennially by The Royal Society of Tasmania to an outstanding early career researcher in any field.

Dr McCallum is a post-doctoral Research Fellow at the UTAS School of Maths & Physics, radio astronomy group. She is a geodesist – or Earth surveyor.  Her field of research is the Very Long Baseline Interferometry (VLBI) technique, using signals from far distant radio galaxies to measure the Earth. 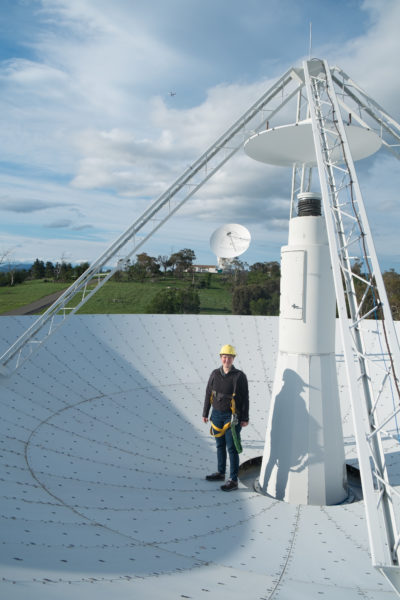 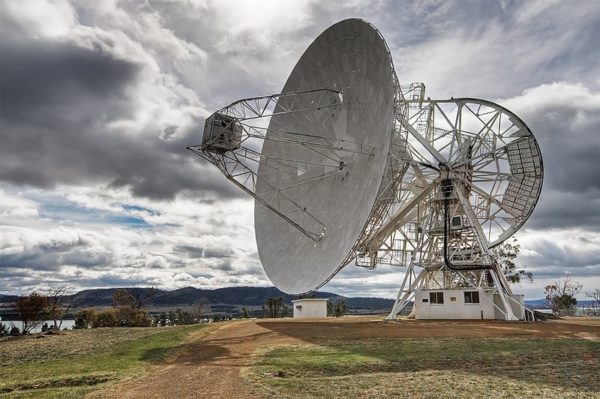 Lucia is involved with the AuScope VLBI project, which utilises the UTAS Mt Pleasant radio telescope (which can be seen to best advantage from a table at Frogmore Creek Winery, Cambridge) as well as two other UTAS operated radio telescopes in the Northern Territory and Western Australia. This facility array ties in Australian geodesy with the International Geospatial Reference Frame and is coordinated within the International VLBI Service and the Asian Oceania VLBI Group.

VLBI measurements provide imperative scientific information on the rotation of the Earth, the movement of continental plates and the effects of earthquakes. VLBI also provides the reference frame for all other types of geographic positioning technologies such as GPS, which we have come to rely on in our smartphones and which is allowing the development and operation of autonomous vehicles. 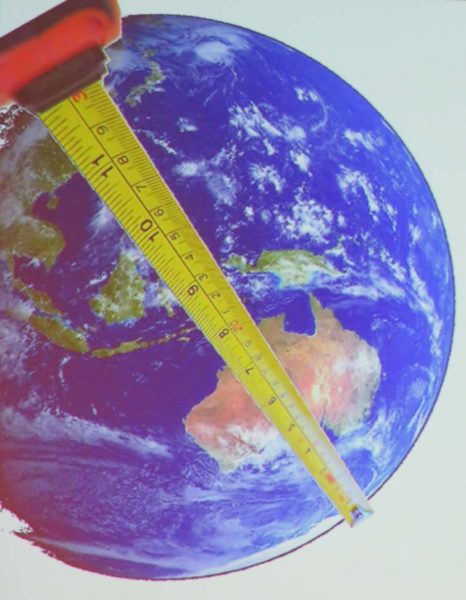 Lucia received her Diplom-Ingenieur  from the University of Technology of Vienna, Austria, with a thesis entitled “Calculation of the Earth Rotation Vector with VLBI and Ringlaser measurements”. She continued to pursue her research in VLBI satellite tracking, and was awarded her PhD in Vienna in 2013.

Her first post-doctoral appointment led her to Hobart in 2014. In 2015, she was awarded the Erwin Schrödinger Fellowship by the Austrian Science Fund – ‘Sibling Radio Telescopes for Geodesy – Optimising the use of co-located VLBI telescopes in the southern hemisphere’.

In 2017 she received a Discovery Early Career Research Award (DECRA) from the Australian Research Council, with the project ‘Achieving millimetre geodesy with space tie satellites’. Her research interests include global reference frames, earth rotation, and the emerging field of space ties.

The Society congratulates Dr McCallum on her  achievements.

More about the Peter Smith Medal

The Peter Smith Medal was established in 2017 and is awarded biennially to an outstanding early career researcher in any field. The winner receives a medal and delivers “The Peter Smith Lecture” to the Society. To be eligible for nomination, the research and/or works must be largely carried out in Tasmania or under the aegis of a Tasmanian-based organisation and within the Society’s purview. The Award is not restricted to Australian nationals. The medal will be open for nominations again in 2020 – click here to go to our Award & Medal guidelines