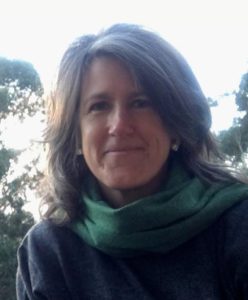 Twenty-seven species are listed as having gone extinct from Tasmania in recent times. Threatened Species Day (7 September) marks the date since the last known thylacine died, in 1936. It’s a time to reflect on why extinction matters to us, and how we might reduce our negative impacts on species survival. My own response, as a threatened species zoologist, has been to take up a Churchill Fellowship on citizen science, to engage the wider community in better understanding the needs of the plants and animals in their own backyards. In this talk, I share my findings on how this might work most effectively. Dr Clare Hawkins carried out her Ph.D. on the fossa (Cryptoprocta ferox), a semi-arboreal mammalian carnivore endemic to the forests of Madagascar. Its ecological similarities to the spotted-tailed quoll (Dasyurus maculatus) brought her to Tasmania in 2001 to study the latter species’ habitat requirements. She subsequently joined the State Government, initially with the Save the Tasmanian Devil Program, and spent four years monitoring the impact and distribution of Devil Facial Tumour Disease. She is currently the IUCN Australasian Marsupial and Monotreme Specialist Group Red List coordinator and author of the Naturetrackers blog. For the Bookend Trust, she co-organised two ‘Extinction Matters’ BioBlitzes in 2016, held on either side of Threatened Species Day, to be reprised this year in November. Her current focus is on novel approaches to better monitor and manage Tasmania’s diverse threatened fauna (from quolls and eagles to skinks, butterflies and burrowing crayfish). In 2015, she was awarded a Gallaugher Bequest Churchill Fellowship to develop citizen science study designs for long term monitoring.