The primary function of Launceston’s Government Cottage was accommodation for the Lieutenant-Governor and other high-ranking officials either visiting or living in the town. However during the years the Franklins were resident in Van Diemen’s Land their penchant for the sciences added another facet to the complexity of its story. Lynette will reveal how the building was utilised to promote the study of the natural world that gave impetus to scientific endeavours in the north including the establishment of the Launceston Horticultural Society and the consolidation of the Royal Society.
Lynette Ross has worked in the fields of history and archaeology since the late 1980s. Her career includes positions at UTAS, at Port Arthur as Heritage Officer and working as a private contractor.  In the late 1990s she was engaged by the Launceston City Council to compile a history of the Government Cottage that used to lie in the north eastern part of what is now City Park. The book on the subject is being readied for publication and this lecture is based on one of its chapters. 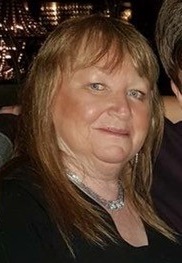